What Does Responsible Travel Mean? 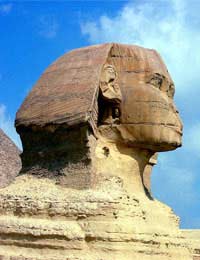 Travel and tourism can, if left unchecked, damage both the natural environments of the world and those manmade wonders. Furthermore, tourism, although it can have a huge benefit in terms of income streams, can also be damaging to local cultures and traditions. But travel and tourism can also, of course be of tremendous benefit, both to the people who live in places which are popular on the tourist trail and to travellers who can have their eyes opened to how others live. But this is where responsible tourism comes in – if responsible tourism and travel are practised, then the negatives are minimised and the positives increased.

The History of the Term

Until fairly recently, responsible travel did not really exist as a concept. The boom in the holidays market throughout the 20th century meant, thanks to an increasing availability of modes of transport and more disposable income, that people felt the need to travel and explore without thinking too much about what their travelling was doing to the world. Thus we have situations such as Chichen Itza in Mexico’s Yucutan region, where the Mayan pyramid known as El Castillio was decimated and damaged by both thousands of footsteps climbing it a day and the ignorant few who knowingly defaced it. It is now not able to be climbed. This is just one small example of how irresponsible tourism has damaged a valuable part of our Earth’s heritage. But with responsible travel mechanisms in place, occurrences such as this should be consigned to the past.

The definition of responsible tourism came in 2002 in Cape Town at the World Summit on Sustainable Development. It is now known as the Cape Town declaration. The declaration calls upon people across the world to make travel and tourism sustainable – and also make those places visited by tourists better to live in and to visit. The declaration calls for economic, social and environmental principles to be developed so that all places can move forward and prosper – according to local cultures and customs.

Putting it into Practice

Putting responsible tourism and travel into practice is not always as easy as one might hope. Of course, the path of least resistance is also the cheapest and therefore, often, corners have been cut across the world, when a little more money spent would have helped to preserve sites for generations to come. But an abundance of responsible travel tour companies have now been set up and most of them pride themselves on promoting tours around the world which actively benefit the places they visit.

More recently, another two declarations in 2008 and 2009, the Kerala and Belize declarations, have reviewed progress on the original terms and made sure that the defining principles are updated along the way to ensure responsible tourism is still meeting its objectives. These are, broadly, to minimise negative social, economic and environmental costs to places through tourism and to generate greater economic benefits for local people. The principles also include meaningful experiences for tourists and crucially, the involvement of local people in decisions which will affect their lives.