Home > Politics > Councils and How They Work 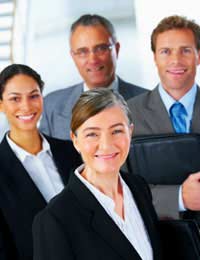 People go about their everyday lives, they pay their council tax and moan about the council but they rarely notice the councils and how they work. This is because much of the work that councils do is behind the scenes and makes lives run smoothly. It is not usually until something goes wrong that people start to question what the council is and how it works.

Council tax is one of the two main ways in which councils raise money. The other is from Government grants, which impacts on ordinary people in a far less direct way. But council tax is a very visible way for people which hits them hard, directly in their pockets. This leads many people to think that they are spending money on nothing, but of course, this is not the case. Council tax is used to pay for many services which local councils offer, from bin collections and street cleaning to parks and leisure centres.

It is easier to list exactly what services councils do not provide. When it comes to day-to-day life, councils work in virtually every single area. They organise and help with so many aspects of life; it would be difficult to envisage a day when council operations did not impact on a person’s life.

Councils are responsible for state schools – the local education authority is run by the council. They are also responsible for keeping roads, pavements and our town and city centres free of litter and grime. They collect our refuse and sort our recycling. They deal with issues which people may feel are mundane, such as dog fouling, to issues which can change people’s lives, including planning issues and licensing laws. Many people do not realise how politics affects them but it clearly does, in all of these ways and many more.

Councillors are the elected representatives on the council who make final decisions in their meetings on things which will affect the public. Effectively, the buck stops with them. However, officers are the people who work in the council and advise councillors. Whenever councillors have to make a decision on something, an officer will have prepared a report advising them what to do. The councillors do not have to abide by this but they will certainly take it on board.

Officers’ reports should be impartial and will not usually take account of things such as public responses, which will impact on councillors’ decisions. Officers in very senior posts will hold what are called politically restricted posts – this means they cannot be a member of a political party because this may sway what they put in their reports, which should be politically neutral.

There is no real excuse for not knowing what a council does. The reason that it does not affect a person is completely redundant. It would be impossible for anyone not to be affected at all by their local councils and for the majority of people; councils impinge on virtually every aspect of life.