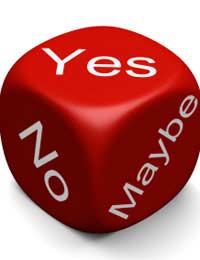 Politically speaking, left wing, right wing and the centre have very firm meanings. They refer to the ideological ground which political parties occupy depending on their general views. Traditionally, certain viewpoints go hand in hand with being at either end of the political spectrum but this has changed in recent years as parties float closer to the centre to try and appeal to the broadest range of voters.

Anyone or any party who is said to be left wing or left of centre can be broadly thought to be liberal. However, left wing goes much further than this. The main aim of left wing parties and individuals can be said to be social equality for all. This is why at the far left, parties such as Communists can be found.

Communism, very broadly speaking, is a political ideal where all are equal and there are no leaders. It has been tried many times in the past and there are a handful of countries which claim to practise true Communism but in reality, it is very difficult to achieve this Utopian society.

George Orwell’s Animal Farm is a fictional exploration of Communism, based on the Russian revolution of the early 20th century and shows how power almost always corrupts the ideal.

Less extreme left wing views include the UK’s Labour party and the USA’s Democrats. The NHS system was set up in pursuit of left wing ideals – free healthcare for all is a prime example of social equality in action. Modern left wing parties are more geared towards achieving a diverse society with inclusion for all.

Right wing parties and individuals are, as you would expect, the polar opposite of left wing. Right wing parties are often thought of as capitalists. They are also traditionalists in their outlook and the way they like things to be done.

This can obviously pose problems for modern right wing groups, such as in terms of equal opportunities for all, regardless of gender or race and so most modern and progressive right wing parties hold centrist or even slightly left of centre views on these issues.

As the main aim of right wing parties, the rights of the individual are held in high esteem. These come first, over and above the rights of society as a whole, which is clearly at odds with left wing politics.

Just like left wing though, right wing politics can be taken to extremes and for most people, especially in Europe, the terms used to describe very far right parties hold a sinister and very dark connotation. It must be stressed that these parties and individuals are on the extreme right, far removed from most right wing parties.

On the extreme right is fascism, that political ideal which can be partially blamed for the Second World War. The term is generally no longer used to describe political ideals but basically means a society where the state rules all, and the society is bound together by a common ideal, often, but not always, based on race. These days, being described as a fascist is usually an insult.

There are also parties and individuals which occupy the centre political ground. In modern times in the UK, this can be said to include the UK’s three main parties most of the time, especially Labour and Conservative. They may sometimes sit slightly left and right of centre, but for the most part, they converge in the middle on many issues to appeal to the widest number of people as possible.

The political spectrum can be thought of a sliding scale. No-one’s views can be pegged to the left or right or any one part of it all of the time. Most people will move along this scale during their lives and depending on the issue being debated. Extreme politics are always something to be wary of, as people with such extreme views can often not tolerate others.