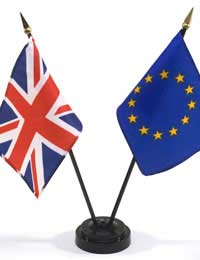 Many people would argue that one of the places that Europe has been most successful is in the field of human rights. Europe and rights now seem to go hand in hand for many people, as our rights are protected as members of the European Union as well as as citizens of the UK. The European Convention on Human Rights is widely regarded as a successful operation, and, indeed, membership of the EU is dependent on having a good human rights record. This is one of the areas which have held up membership for some countries, notably Turkey, although it is far from the only one.

The European Court of Human Rights

The European Court of Human Rights is there for the protection of all inhabitants of the EU member states. Anyone who feels that their human right s have been infringed in any way by the state can take their case to the court, in Strasbourg. The court’s decision is final and legally binding and it has the power to award substantial damages. There have been many high profile cases hitting the headlines as a result of people taking their case to the court.

What is in the Convention?

The Convention lays down the basic rights individuals should expect – and those which, when not forthcoming, will be worthy of taking action against the withholding party.Known as articles, they are:The convention also contains several protocols which are mechanisms by which the states can change or add to the convention although these must be ratified by the convention first.

Recent legislation aimed at cracking down on terror plots has given rise to a number of conflicts with regards to human rights. Some of the laws which have been passed in various member states, including those to allow terror suspects to be held without charge are in conflict with European laws on human rights.

There are other, less headline grabbing laws too, and laws which prevent anyone from stirring up racial hatred, which some people claim is an attack on free speech. Only time will tell how the conflict between human rights legislation and anti terror laws, both relatively new concepts, will pan out and until then it is a balancing act for politicians and law makers to get it right.

Europe is an important player in all matters to do with rights and freedom to have those rights. It is the one arena which most politicians agree it serves a useful purpose. Of course, there are times, such as the above mentioned terror conflict when some politicians will argue that Europe is not beneficial to a certain country because if its stance – but when it comes to human rights, the more acts in place to protect them, the better.