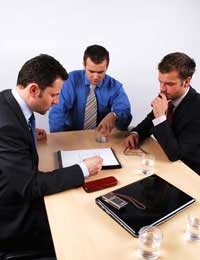 Minority rights can mean one of two things – one far more straightforward than the other and also far less controversial. The first definition of minority rights is applied to the rights which should be given to people, regardless of their membership of a minority group, based on gender, sexuality, race, age or anything else.

The other definition – the more contentious one – applies to the rights granted to members of a group because they are members of it, rather than despite it. This can be straightforward as well but there are times when problems can be caused by these minority rights.

Minority rights, when applied to rights given to minority groups, is not a difficult concept to get hold of. The whole idea of rights is that they are something which people and/or animals get as a matter of course and do not have to fight for. This is even more important in the case of minority rights. It means that the same basic rights should be afforded members of minority groups as any other group – as a matter of course and not after a fashion.

This in turn, means that no person, regardless of membership of a minority group, should be discriminated against. They should get exactly the same human rights applied to them. This has not always meant that there has been no discrimination, and, in fact, many people still discriminate against minority groups.

However, new legislation is being brought in all the time to outlaw this. And, more effective may be the fact that such attitudes are becoming more and more socially unacceptable, meaning people who display them face plenty of peer opposition. Sadly, until everyone feels the same way, discrimination and outright prejudice will never be rid.

Recently, this conflict has been shown in ways including rambling. Ramblers have had the right to roam upheld, across pathways and countryside up and down the country. But this can be in conflict with the individual right to own property and all that goes with that. Collective rights are sometimes applied to certain civil rights too – in the United States of America this includes the right to bear arms – that is, to own firearms.

Minority rights are of course, vital, to the well being of our communities. There are plenty of examples the world over of minority rights not being exercised, in places where women or homosexual people are discriminated against – and these places generally show that they are worse of for this. But the other type of minority rights is far more complex. They are not a case of what people should all be entitled to but are a case of some people being entitled to something in particular.

Can collective rights and basic human rights co-exist? In democratic cultures they do seem to, with the occasional high profile conflict. But as people become more aware of what they are entitled to and what they could be entitled to, these conflicts may get more frequent. Only time will tell.

Human Rights Explained
Share Your Story, Join the Discussion or Seek Advice..
Reach out ministries is a local non-profit faith based organization which was formed and registered with the Malawi government to save and change lives of people. The ministry works to bring about transformation and the below are the main focus;- promoting poverty eradication, Education, health care, social justice, peace, the integrity of creation and inter-religion collaboration We always advocating for Change “Speak up for those who cannot speak for themselves, for the rights of all who are destitute. Speak up and judge fairly; defend the rights of minority but we need much of your support.
ministeringsouls - 29-Jul-12 @ 5:18 PM
Title:
(never shown)
Firstname:
(never shown)
Surname:
(never shown)
Email:
(never shown)
Nickname:
(shown)
Comment:
Validate: