Home > UK Citizenship > What Does it Mean to be a Citizen?

What Does it Mean to be a Citizen? 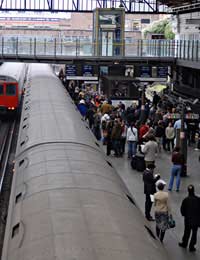 The question of what does it mean to be a citizen has no simple answer. On a purely definition based description, what it means to be a citizen is that a person is a legally recognised inhabitant of the country they live in – in the UK, this means they pay taxes and are entitles to the help of the benefits and NHS systems. However, in practice, answering the question what does it mean to be a citizen is far from easy. As new rules and tests for people wanting British citizenship show, being a citizen is about far more than a legal status. It is about understanding and accepting – and being a part of the culture, rather than an observer from the outside.

Cultures are complex thing to get a handle on. Depending on how different one person’s home culture is to another’s, there may be huge gaps in understanding of each other’s cultures. To truly be a citizen of a country, the person must fully understand its culture. This does not necessarily mean that person must blindly agree with the ways of doing things – but an understanding of how and why things happen is vital. In fact, the greater their understanding of a culture, the more people – citizens – may want to question it. But in many ways, this is human nature at work. And, if a deeper understanding of the culture leads to a deeper dissatisfaction of the way things are done, then so be it. A right to protest and the act of protesting are all signs that a person is a citizen in the truest sense of the word – because they understand the culture and, although they disagree with things, they are involved enough to want to make a change, hopefully, for what they believe to be the greater good.

But protestors who have the country’s best interests at heart – and moreover those of the people who live in it – must take care not to damage the culture or the country. And in that way, they must be accepting of the culture. For example, a person in the UK who was anti-monarchy may set up petitions and hold organised and peaceful protests calling for its abolition. This is their right, and one would hope that in line with their views, what they would like to see happen. However, a non-peaceful protest against the monarchy would not be a good citizen’s way of doing things – as it does show an acceptance of the culture, and, moreover could be harmful to the people who live there.

Being a Part of a Culture

To truly be able to answer the question of what does it mean to be a citizen, a person must become part of their culture and part of their community. This is why there is now and English language requirement for new citizens of the UK. Not speaking the language the other people in your community and culture speak is a major hindrance to becoming a true citizen – with regards to being part of the culture. Being part of the culture though goes much further than this. It is about integration with others, about bringing your views and experiences to the table and sharing them to make the whole culture richer from the experience of everyone in it. It can be about having a public service job, about volunteering and about giving back. It is about working together for the greater good.

And therein lies the eternal answer to what does it mean to be a citizen. Legally, a citizen is someone who has the required passport, a piece of paper. But truly, a citizen is someone who shares with their communities and who gives back what they take out. Make no mistake, there are plenty of people in the UK who were born here but could not be said to be true citizens – it is about an emotional state and mindset just as much as geographical and legal term.