Home > Diversity > What is Homophobia ? 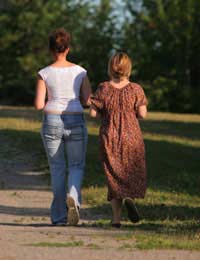 Homophobia exists in many different forms in many different parts of the world. It ranges from people expressing disapproval for a person’s sexuality to homosexuality being completely outlawed in a country. It means that gay people the world over have to usually face some sort of discrimination simply based on who they are attracted to – but in some countries it can actually be a life-threatening decision to come out.

The excuses – for they are excuses and not reasons – for homophobia are many and varied. Religion plays a big part in many people’s excuses, especially in more conservative countries. It does not matter which religion – many people have claimed that their holy laws prevent them from accepting gay people. Having said that, there are also many religious people who realise this is a prejudiced stance to take and are n to homophobic.

The term homophobia itself of course, roughly translates as fear of homosexuality, just as arachnophobia is fear of spiders. But homophobia is not really a fear. It may be a fear of something different but this should never be used as an excuse. In fact the people who have most to fear are gay people themselves. They can be bullied, tortured, imprisoned and killed, depending on where they live in the world, and just because they are gay.

Homophobia is far more about people not understanding that a choice of partner should not change the way that person is treated. Most religious excuses for homophobia say that God forbids homosexuality but the counter argument to this is that God also says love one another.

Homophobia in the Past

In the UK certainly, homophobia is getting less common although many people’s attitudes, especially older people, are so ingrained that it will be impossible to change them. But in the past, it has been far worse for gay people. In the past, it has been illegal and gay people were discriminated against on a regular basis. In fact, until as recently as 1999, homosexual people were banned from signing up to the British Army – a shocking fact rooted in nothing but prejudice.

Although homosexual people in Britain can still face prejudice from their peers and parents, it is now illegal to discriminate against someone based on their sexuality. However, there are still about 70 countries worldwide where homosexuality is illegal and punishable by a variety of means. Some countries, such as Mozambique, have heavy prison sentences for gay people, while in countries like Sudan and Saudi Arabia, the penalty is death – a shocking thought that someone could be sentenced to die based on their sexuality. This fact should shock most British people as much as if it was based on their race or gender.

In other countries, gay marriage has been approved, paving the way for complete equality. Some countries only recognise civil partnerships at the moment but these do at least give gay couples some legal recourse. In the USA, each state is different – widely so, from accepting gay marriages to being very disapproving of homosexuality in general.

Homophobia must be outlawed everywhere but the chances of this happening do not look good. The views are too ingrained against it in many corners of the world. And even in our own society, there are far too many people who see homosexuality as ‘wrong’. The amount of gay young people who struggle to tell their parents highlights this. Attitudes are changing, and certainly in Britain, in time, things will be different, but as for complete riddance of homophobia worldwide? It is a very long shot indeed but one which must eventually be aspired to.