Home > Diversity > Other Types of Prejudice 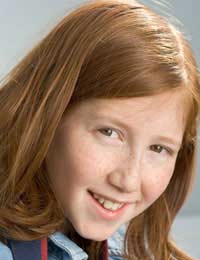 In school, especially primary school, children can be bullied for the colour of their hair. This is distressing enough, when it is prejudice at the hands of children who know no better. But imagine being an adult and being subject to the same kind of taunts by your peers and contemporaries who really should have more sense.

Height and weight are another area of prejudice for many. And with height, it seems that if you are thin or tall – more socially desirable attributes as they are seen – it is more acceptable to mock. This does not mean that people will not mock and discriminate against bigger and shorter people – they will.

This kind of mocking is usually crueller and more likely to result in active discrimination such as not being offered a job because of your size and can make life a misery for those people. But being tall or very thin can attract a lot of comments and remarks too. Perhaps they are less overtly cruel but it is still uncomfortable for someone to have their physical differences pointed out every day.

Accents can also be discriminated against. In some walks of life, it is far more socially acceptable to speak with received pronunciation than a regional accent. And sometimes it goes further than this. Many regional accents have been branded ‘stupid’ at one time or another.

As well as being distressing for those people who speak with that type of accent, it can give rise to worse discrimination such as someone not being offered a job in which they need to speak to a lot of people because there is a general perception that their accent sounds stupid and the company does not want someone with that accent representing them. This is out and out discrimination, just as much and discriminating on the basis of someone’s skin colour.