Home > Politics > The Role of the House of Lords

The Role of the House of Lords 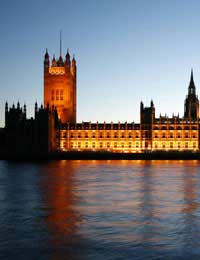 The role of the House of Lords has historically been to give the green light to things which the House of Commons want to make law. The House of Lords also has a second function in which it sits as the highest appeal court in the land – although the European Court of Appeal has changed its status slightly.

But the House of Lords can scrutinise these bills and highlight any areas which they have any concerns with. They can also stop a bill from passing into law although the House of Commons can overrule this after a certain period of time has elapsed.

The second major role of the House of Lords is in law. A group of Lords are known as law Lords. They sit as the supreme court of appeal – the highest court of law in the country. Theoretically, anyone who believes they have been the victim of a miscarriage of justice can take their appeal to the Law lords although because the seriousness of cases only a handful of cases which pass through the UK’s courts each year end up with the Law Lords.

The third function of the House of Lords is to sit on select committees. These select committees encompass a wide range of functions and subjects. The Lords then debate the rights and wrongs of whatever the subject is and make a pronouncement on it. The Lord in charge of a select committee or an investigation into Government affairs will often have a report named after them which becomes part of the vernacular of the time.

One notable example is the Hutton Enquiry – the report which was released following the death of Dr Kelly and the alleged ‘sexing up’ of a Government dossier. These are the kinds of things which the lords investigate and make pronouncements on.

The Lords are not directly elected as MPs are. They are chosen in a variety of ways – it used to be that their posts were hereditary and were passed down from father to son and so on. This has largely been outlawed to make the system fairer. Peerages, as they can be referred to, can be awarded by outgoing Prime Ministers and in the Queens’ honours.

There are also a certain few people who are usually awarded peerages at the end of their tenure in other roles such as the speaker of the House of Commons. Whatever way they are elected as Lords, one thing is for sure, the state of the House of Lords is bound to change in the near future.