Home > The Third Sector > Should Volunteering Be Compulsory for Adolescents?

Should Volunteering Be Compulsory for Adolescents? 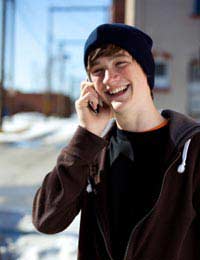 The issue of whether or not volunteering should be compulsory for adolescents is no cut and dried issue. Although on the face of it it may seem like a good idea to have all teenagers in the country doing some kind of charity work, there are also plenty of reasons why some people think it could be a bad idea as well. The coalition government has announced a programme whereby young people will carry out voluntary work as part of a national scheme – and the Prime Minister has suggested that at some point it will become so normal that volunteering will a rite of passage for youngsters. But just what are the pros and cons of sending all teenagers out to do charity work?

The first pro which springs to mind is one which the age of teenagers makes very appropriate. Volunteering is a great tool to finding work. It teaches young people responsibility, teamwork and numerous other life skills. Volunteering could also be tailored to the world of work they would like to go into – and therefore, teach them specialised skills they can utilise in their future life. And by volunteering, young people show they are willing to help others and give up their own time for the greater good.

A second, major factor in society these days, is that by giving youngsters something to do, it stops them from getting into trouble. A much mooted phrase, getting into trouble is one which is used by many people to describe what all teenagers do. Of course, nothing could be further from the truth and those young people which do get into trouble are not the majority by any stretch of the imagination. However, by having a scheme whereby youngsters can occupy themselves, even that minority will be given something to do – either keeping them out of trouble by filling their time, or by giving them a sense of worth.

Whilst volunteering is a good way of showing employers that a person is worth taking on, a compulsory scheme would diminish the value of this somewhat. In fact, making volunteering compulsory almost changes the very meaning of it as no-one would then be able to show that they are volunteering for the greater good or because they want to learn new skills. In fact, young people who wanted to illustrate that they actually wanted to volunteer would end up doing twice as much as the scheme demanded to prove this.

The other problem with forcing young people to volunteer is that in some young people, it may have the opposite of the desired effect – that is to say, they may well rebel against it and come to resent the scheme. Therefore, they will get very little from their voluntary work and it may even send them on a wayward path.

Because we do not have a volunteering scheme which is compulsory, it is hard to say exactly what the effects of one would be. Many people believe that National Service is something which should be brought back and that volunteering is the next best thing. But the cons of such a scheme do mean that the very nature of volunteering would be taken away somewhat and volunteering as it is in its current form would cease to exist.