Home > Ethics > All About Business Ethics 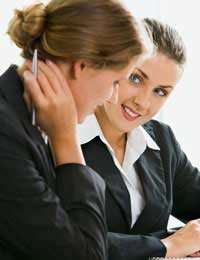 Anyone who wants to learn all about business ethics must first of all realise that it is not a cut and dried matter. Business ethics, like any other type of ethics is subjective and depends on each individual’s ethics and morals and where their boundaries lie. Having said that, there are some commonly held business ethics and beliefs, and there are ways of making a business more ethical.

In the 21st century marketplace, people are starting to demand more ethical businesses. TV shows which show the true exploitation of those working in sweatshops in the developing world are bringing home to people the true cost of those cheap T shirts. Likewise, high profile campaigns into what really happens when chicken are battery farmed has opened people’s eyes to this. Things such as this are making people demand more ethical businesses.

Similarly, there is a growing awareness of where our products are from. The 21st century consumer is not satisfied to sit back and ignore the carbon footprint of their product or the fact that coffee growers may not have been given a fir price for their raw materials. In the 21st century, people want locally grown food where possible and fair-trade products where not. The demand for ethical businesses is there.

But when you study all about business ethics, there are also ethics which do not directly impact on the consumer. To be a true ethical business, these must be taken into account as well. These include things such as takeovers and accounting. Hostile takeovers, for example, are not seen as good ethical practice by many and likewise, industrial espionage certainly is not ethical. If a company wants to be truly ethical then there is no room for these practices.

Looking at the field of accounting, there is plenty of scope for companies to employ a little creative accounting here and there. It may save them money in the long run but is it ethical? That is highly debatable. Creative accounting is arguably less serious than the other two because it has no real victim. But whether a company wants to indulge or not is a matter for themselves and their consciences.

If anything has taught businesses that being ethical is a good idea, it should be the high profile accounting scandals which have plagued big companies in recent years. The most high profile of these was the Enron scandal. The ensuing fall out was a sign that the old adage of cheats never prosper does hold true in the modern world. For although companies may be able to convince themselves that insider trading or creative accounting is doping no harm, the most ethical of people would argue that they are cheats.

It is beyond the scope of this article to debate the rights and wrongs of these practices as ethics is one large grey area and must be debated in a proper forum with sides both for and against. It is rather the idea of this writer to suggest some areas all about business ethics which can become a thorn in the side of firms.