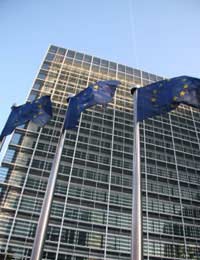 The European Parliament is the body that is made up of elected members from each country that makes up the European Union. Each country holds elections, separate to their national elections, to determine who they send and from what party. These people then represent their constituents just as national members of Parliament do in their own countries.

How Many People Are in the European Parliament?

At the moment, there are 785 MEPs, and 78 of thermo are from the UK. This number is among the highest but it can vary massively – Bulgaria, one of the most recent accessions to the EU only has 18 MEPs. In the UK, MEPs are generally elected for a much larger constituency than MPs are. For example, West Midlands MEPs represent the whole of this area, not just the county known as the West Midlands.

Where are They Based?

The MEPs themselves are usually based in Brussels, although they obviously also spend time in their constituencies so they can represent the interests of the people who elect them. There are also many committees which meet in Brussels.

However, the Parliament itself actually sits in Strasbourg. The civil service, where most of the non-elected workers of the Parliament are based, is in Luxembourg, although some departments do work from Brussels.

What Do They Do?

Much like MPs, a major part of the role of an MEP is to draft legislation – but that which affects the whole of the EU rather than just one country. But MEPs also oversee spending and monitor the spending of various member states. It is also their responsibility to set the budget for the whole organisation.

When they are in Parliament, just like in national Parliament, the MEPs site with like-minded political groups rather than ion national groups. This means that the UK’s Labour members sit with other socialists and the Conservatives with other right of centre groups.

But unfortunately, because Europe has not been promoted in the best way, this has been lost on a lot of people. There is a myth that then workings of Europe are complicated and secretive – whereas in truth, this is certainly not the case. The more people who realise that the European parliament is very similar to our own, the more simple the whole EU will seem to people – and that will hopefully mean in turn that there is more pro active though towards the EU and less apathy.