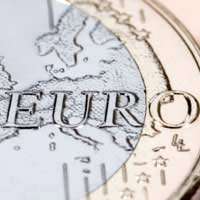 The single currency, in terms of Europe, refers to the Euro, the currency that the majority of member states of the European Union use. It can be used throughout what is known as the Eurozone and many other retailers and businesses in EU countries which do not use the Euro will accept it for ease of use.

Where Can You Use the Euro?

There are 15 countries across the EU which currently use the Euro. This affects over 300 million people. But because there are many more places which accept and sometimes trade in the Euro, it directly impacts on as many as 500 million people. It is managed from the European Central Bank, or ECB, which is currently based in Frankfurt in Germany. Germany and France are the two biggest countries which use the currency.

Set-up of the Euro

A Euro is made of 100 cents. Obviously, the exchange rate fluctuates and can vary at any one time compared to another. But, having said that, the exchange arte for the Euro compared to sterling is normally about 60p to a Euro. All currency has an image from the country in which it originates on one side of it. However, all of the money can be used across the Eurozone, no matter where it started life.

The UK and the Single Currency

The UK is not part of the single currency. It has not adopted the Euro, and, at the moment, it does not seem as though it will happen in the near future. We have the option to opt out of the Euro under the Maastricht Treaty, and so far, have retained our right to do so.

The UK will not adopt the single currency until all of the economic conditions have been met although there are no hard and fast rules as to when this will be. There will more than likely be a referendum before the Euro is adopted but at the moment, there has been nothing heard about this.

New members who join the EU nowadays - after the implementation of the Euro – are generally expected to adopt the Euro as part of their accession statements. This means that the countries which joined the EU two years ago all have dates by when they must adopt the Euro. But, as with all countries, they must get their economy in shape before they can join officially.

The Euro has had many advantages throughout the Eurozone, chief of which is ease of trade. But there have also been knock on effects which have not been quite so impressive. This includes prices rising in those countries which, before the Euro, had a much cheaper standard of living than in the like of France and the UK. Countries like Greece and Spain have suffered in this way.

It seems now as though the UK will have to join the Euro at some point in the future for there is no way forward within the union without it – but it will certainly not be a straightforward, easy, or universally popular decision.