Home > Europe > The Role of an MEP 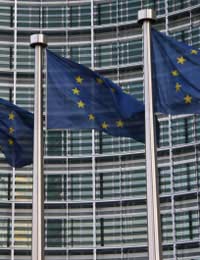 The role of an MEP, of a member of the European Parliament, does not differ drastically to the role of an MP in the UK. One of the main outward differences is that they are obviously based in Brussels most of the time.

But in terms of what they actually do and how they spend their time, a lot of it is very similar to the work a national MP does, but for the whole of Europe rather than the country. The bigger the EU grows, the more important MEPs become - to everyone who lives in the EU whether they like it or not.

The primary role of an MEP is to represent the constituents who have elected them. They do this by spending part of their time on their constituency, which, in the UK, is a fairly large area, and the rest of their time in Brussels. Like a national MP, constituents can go to their MEP to ask them advice and ask for help on issues which are affected by Europe. The MEPs will then take up the cause of these constituents, if they can do anything about the problem and represent them in Brussels.

The MEPs also sit in the European parliament and legislate on various things. This can be anything which has to have a consensus reached across Europe before it becomes law.

Just as in national Parliaments, there will be debates and MEPs can make representations for or against the matter before finally voting on something which may or may not become European law.

Committees and Other Positions

MEPs are also elected or co-opted onto various committees and hold various positions of responsibility within these committees. these can generally be deemed to be committees on cross-Europe matters and things which will affect the whole world. This can include security and fighting the threat of terrorism and climate change - both pressing issues today.

The MEPs who sit on these committees will look at the best way of moving forward with something before making a recommendation to the European parliament, and hopefully seeing a bill passed.

MEPs can also become experts in a certain field. This helps them because the EU is such a massive organisation, it is useful to have one area to focus on. This does not mean they can forget about the rest but it does give their work within the EU a direction and a focus and means other people know they can contact them on whatever their specialism is.

It is clear that MEPs do not have an easy job and they must cover many areas during their course of their work. The pay for MEPs is not always great - at the moment MEPs are paid the same amount as the MPs in their country, so this can fluctuate from one country to another.

There is also the aspect of travelling - harder for MEPs further away from Brussels than for French, Belgian or even British MEPs. But these MEPs are having s greater role to play in people's lives and therefore, notice should be given to exactly what they do.