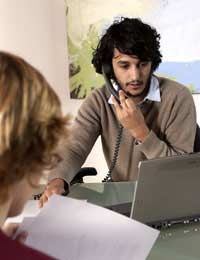 The Press Complaints Commission is a body which exists to regulate the media and make sure it stays within certain prescribed boundaries.

It is a self-regulatory system and has no official powers, however, most media organisations in the UK do subscribe to it and abide by it. It has the power to dole out punishments and make judgements on a wide variety of matters.

What Can It Do?

If the commission finds the media outlet guilty then they will issue a punishment. The only punishments they can issue are apologies – that is, a newspaper or TV station will have to carry an apology outlining where they went wrong in their next edition. There are no financial penalties issued by the PCC but often, a full or even half page apology in a newspaper or magazine is more satisfactory to the complainant.

What Can’t It Do?

The Press Complaints Commission has no jurisdiction over legal matters. If a complainant alleges libel, any type of defamation or contempt of court, then it is a matter for the courts. These issues are covered by civil law and will be dealt with as such in a court, with damages payable if the complainant wins. But there is no scope in the PCC code for it to deal with these matters.

What Does It Cover?

The Press Complaints Commission code of conduct does cover many areas however, which give the public protection from being harassed by the media. The first major area it addresses is privacy, a much cited right in recent years. The code also protects children from being interviewed and photographed without their parents’ permission.

It gives people the right to reply to inaccuracies, but more than this, the code stipulates that all reports must be accurate at all times. This is important because the law only protects against inaccuracies which lead to defamation.

Under the code, media outlets must also refrain from intruding into grief or shock – something which many newspapers and TV stations may find hard to do in their quest for a reaction from people involved in major incidents.

The other major area the code covers is entrapment. Reporters are, strictly speaking, banned from trying to entrap people into making statements and so on. Of course, this does go on, but, if the terms of the code are adhered to, the use of clandestine recording devices at least, is banned.

The Press Complaints Commission performs a vital role in media regulation. It may not be an organisation which can issue legally binding rules but it is one which has more of a code of honour. Media organisations respect its decisions, and, consequently, it becomes a binding organisation.

In any self-governing situation, peer recognition is the most important facet and that is what happens with the PCC. Keep looking at all newspapers and sooner or later you will see a PCC stipulation, proving that the Commission really does hold plenty of sway within the industry.

In the Public Interest
Share Your Story, Join the Discussion or Seek Advice..
i am bitterly diaappointed with my local paper,GLOUCESTER CITIZEN,for some time i have been puting my views,mainly in defence of disabled ,losing benefits and because of my stance against the government,my posts have been removed. on the same token,i have been insulted ,on a regular basis by a troll,who is pro government.our latest autocation occured fri 27 jul,in which my comments have been removed,but the trolls comments,against me,are still there ,for all to see.this is unfair,i have been led to believe that the free press are there to cover both sides of a story or comment.so why have i been silenced?,after all,those that disagree,can just move on.now,everyone will beleive i have given up the arguement.i would have thought ,the best solution,would be to remove us both.
chrisrainbow - 27-Jul-12 @ 7:30 PM
Title:
(never shown)
Firstname:
(never shown)
Surname:
(never shown)
Email:
(never shown)
Nickname:
(shown)
Comment:
Validate: