Home > The News > In the Public Interest

In the Public Interest 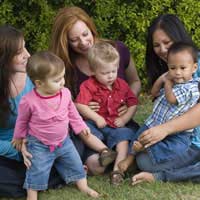 When it comes to Governments, both local and national, in the UK their actions within reason are defined as being in the public interest. They are expected to behave in a certain way and to be accountable so therefore if their behaviour is not up to scratch, the public need to know about it.

Celebrities often use the media and the public to their own ends. If they have a book out, a record to promote or a film in the pipeline, they will play the media circuit, appearing on shows and in newspapers in the hope that people will see them and buy their product. Therefore, when they are not doing this round of promotion, they cannot expect people to not be interested in their private life.

Again, they should not be harassed but for any celebrity who courts the media when they have something to promote cannot complain about photographs being taken the rest of the time – unless of course it does become harassment. The fact is that because they have put themselves out there and stirred up interest in themselves, people want to know everything about them – in a way, the public start to think they are public property.

Whether the lives of children and minors are in the public interest or not, they should be protected at all costs. No amount of public interest defence can defend anything that is done to intrude on children.

A good example of this was when prince William was at university – not technically a child but for the purposes of this, protected as though he still was one. The media agreed to keep their distance from him to allow him to get on with his studies. Even though the life of the man who will be King eventually is clearly in the public interest, the media by and large kept to this voluntary code to allow him to do his growing up away from the spotlight.

As said in the introduction, defining public interest is tricky because everyone will have different measures. But if a person uses the media at some points, then it is fair to say that their life is in the public interest. So too if they need to be accountable – and this does not just apply to Governmental figures but also sportsmen and anyone who sets themselves up a role model to others. If they are doing this in public but being different in private they are not being accountable to their public persona and thus the public has a right to know.