The Impact of Devolution 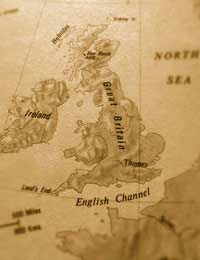 The impact of devolution is wide ranging and goes much further than just addressing the needs of people who are now benefiting from a devolved Government. There are all sorts of other effects it has, as a knock-on, to every party who is involved in devolved Government at any level. From cost and time involved in setting it up through to the way local authorities are run in devolved areas, the impact of devolution is not always good, and the process has as many negatives as positives, making it a thorny subject.

Cost is one of the prickliest areas of devolution to address. After all, setting up the devolved Government in the first place, and giving it a budget, costs money. And this money may well have to come from the central Government. While the people who live in the areas to be devolved may well not mind this money being spent, the people who will have no benefit from the devolved government could well resent their money being used to set up a Government which they will not be electing.

As well as the initial set up costs, there is the cost of monitoring and scrutiny to consider. Because a devolved Government is not, by definition, a permanent one, the central Government may still keep an eye on it and scrutinise decisions. Even when it does not do this, there may be continued running costs which need contributing to and these may grow or diminish as the years go by.

Of course, devolution also has many advantages but it is certain that it is not an issue that will be undertaken lightly by any Government. Because of the impact of devolution on a wide range of people’s lives, the Government must be certain that overall, devolution will bring about a change for the greater good. And because of the very nature of devolution, the Government will also monitor it to make sure it is working well and within its mandate and be prepared to revoke the devolved level of government at any time.